So, you can get a bit more free lift out of the system, and perhaps a bit more altitude, by using two party balloons in tandem to fly the payload.  In my most recent flight, my payload was 18g, and I wanted 5g of free lift.  Using the float calculator (assuming helium), I came up with these numbers:


The third row is an edit following the first flight, confirming the expectation that we would have a much nicer altitude with two balloons.

How to attach them

Consulting with Dave/VE3KCL, who is also flying dual balloons, he said he was using a Tyvek tape. I don't think I found exactly what he's using.  I found this: 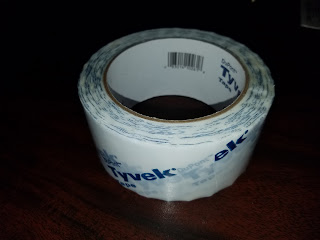 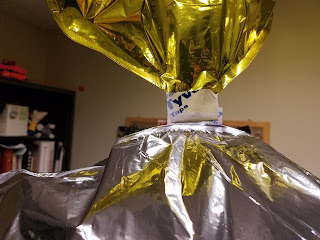 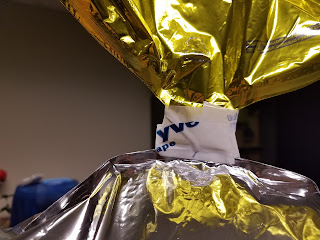 
Dave also makes a secondary connection between the two balloons.  The runs a loose cord down from the upper to the attachment point at the bottom of the lower balloon.  I didn't do that for fear that the string rubbing on the lower balloon might cause problems.

Note, in retrospect I would not have used two different color balloons.  They probably have different thermal characteristics.
Posted by kd2eat at 5:19 AM