Hojo and the case of the deaf Tentec Omni V

Hojo and the case of the deaf Tentec Omni V

A friend from the local ham club handed me his Tentec Omni V.  He hadn't used it in a while, and was preparing to sell it to another ham when he noticed it appeared to be very weak on receive.  He asked me to take a look.


Right off the bat, I checked the power supply.  It was reading low.  The trimmer pot was right next to the activity LED, so I couldn't resist dialing it up to a proper voltage. 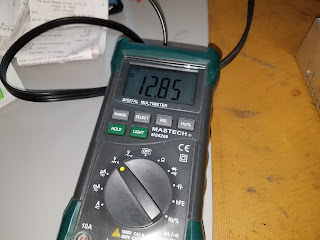 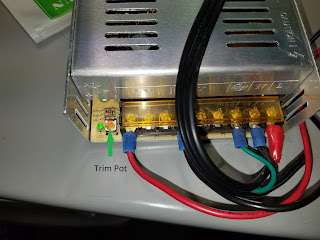 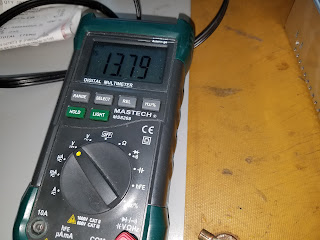 I powered up the rig and found the LED display blank.  I opened the covers and wiggled a few things directly behind the LED display.  It flashed back on.  The board was not seated very well, apparently. 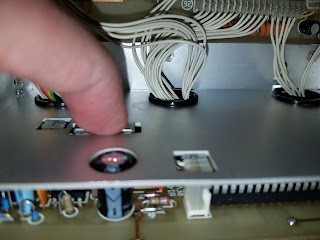 At the same time, one of two incandescent bulbs behind the S-meter was intermittent.  I snugged up the fixture with a pair of pliers, and the bulb became more reliable. 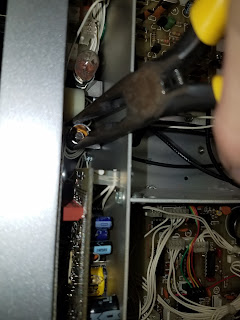 Having taken care of those little physical problems, I could finally try injecting a signal into the radio.  Sure enough, it was quite hard of hearing.  I needed a signal of about -20 dbm to be discernible.  I confirmed the problem existed across multiple bands.

I opened up the radio and started tracing the signal.  I injected a tone on 14 Mhz (1) and followed the path.  It got through the antenna selection circuits and initial attenuator just fine.  It reached the front-end mixer board (2), and exited that board mixed to 9 Mhz (3).  I also verified that the signal disappeared when the injected signal was stopped.  So far so good. The signal passed through the 9 MHZ IF board (3)  -> (4) unmolested and was amplified slightly.  From there, it went into the Pass Band Tuning board (4), and finally into the AF/IF board (5).  There's where the trouble began. 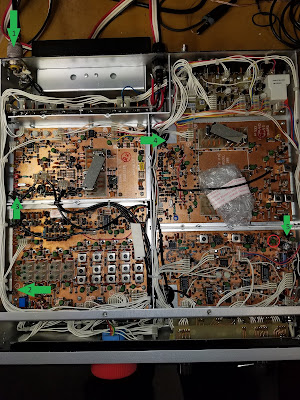 I measured a good signal coming into the board (5 above).  It passes through a few amplifier stages first thing.  I checked at the end of that stage and found no signal.  Tracing back, I found the signal disappeared after passing through a J310 Fet. 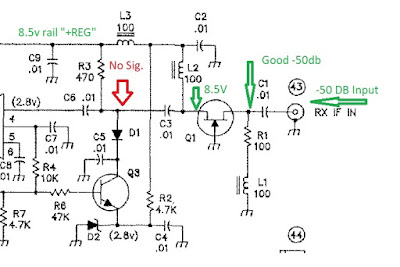 I next confirmed that there was power on the "+REG" rail.  It was reading 8.78 volts.  Unfortunately, I had no idea what the voltage was supposed to be.  After about 40 minutes of tracing the +REG rail back to a power board, I found a knockoff sentence in the service manual that +REG should be 8.5 volts.  So, it was a touch high, but shouldn't have been a problem for this situation.

Having narrowed it down to this Fet, I checked my parts bin, and voila, I had a few in stock! 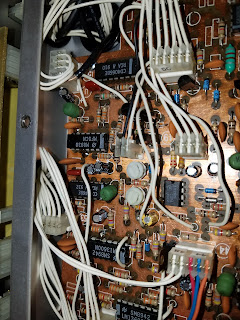 The board had approximately a jillion connectors on it.  I carefully photographed everything before removing it.


Now that I had a better view of the FET in question, I confirmed the model, and that my parts-bin FET matched. 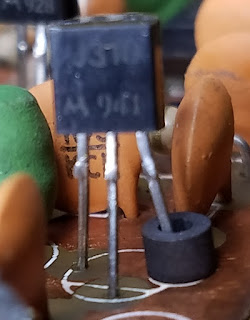 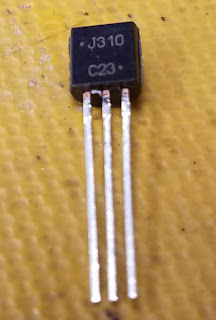 I pulled the FET and replaced it. 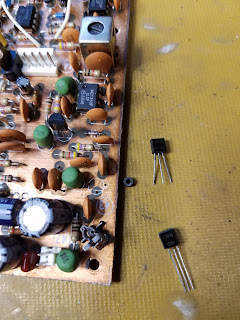 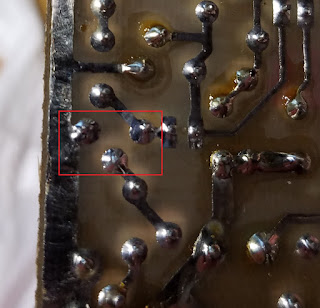 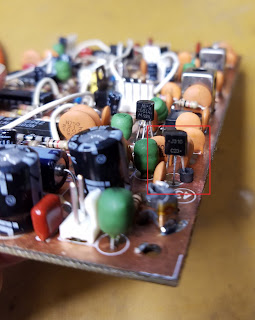 After putting things back together, the radio was hearing loud and clear.  My Service Monitor can generate signals as low as -130 DBM.  The signal was clearly discernible all the way down.

Talking with the owner, he was satisfied that the repair was sufficient, so I stopped there, rather than attempting to find alignment instructions.