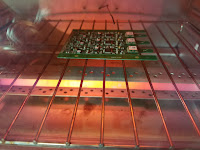 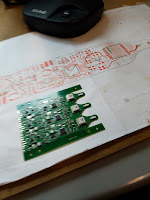 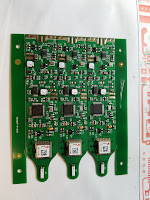 Braiding the dipole wires with 2 strands of thread: 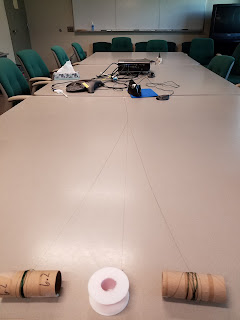 Tracker run through its testing, and the antenna built. 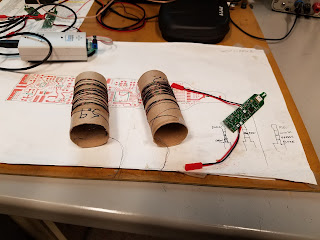 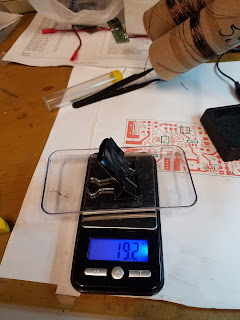 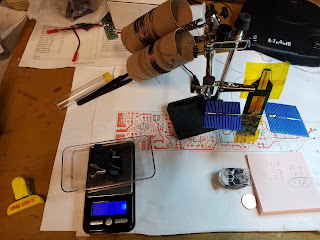 Balloon balanced to 19.2g, sealed, and attached to the tracker.  All set for flight: 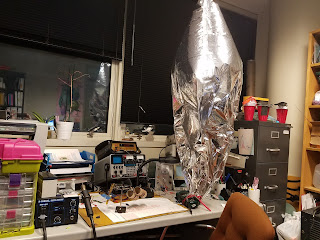 I stretched the envelope at 0.4psi to assure it could take the pressure.  It seemed to hold up fine, though my pressure testing rig still has some leaks, so I could not maintain it at pressure for exhaustive testing.  I removed the fill nozzle and quickly sealed the envelope, still under some pressure.  I then hung weights on it until I achieved neutral buoyancy.  I used this weight, and the known lift of helium to estimate the volume of the envelope at 0.270 cubic meters.  Unfortunately, I misplaced the numbers for that, though I had the final result recorded.  For the record, this envelope measured 37" x 51".  The seams were heat sealed and reinforced with mylar tape.

Using the standard float spreadsheet, I put in the following parameters:

Calculating at 5.0g of free lift, it resulted in an estimated float height of 10,190 meters.

I'm planning launch for Thursday morning, August 3, 2016.  The predicted flight path is below. 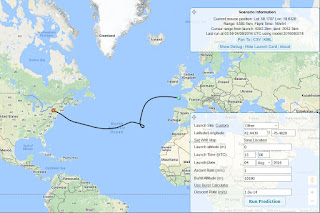 Well, the flight lasted 4 hours and 30 minutes.  After seeming stable for more than an hour at between 9,111 and 9,333 meters, the envelope sprung a leak and descended, landing not far from Poughkeepsie, New York. 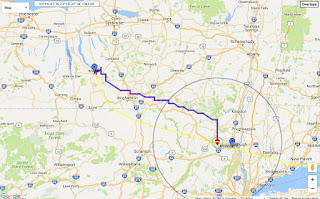 There were 720 reports of the primary telemetry packet, meaning an average of 11 reporting stations per packet. One transmission was reported by 17 WSPR stations. The farthest station was 3294 kilometers away, in Spokane, Washington. I'm really satisfied with the antenna and transmitter performance this time out.   The waterfall, shortly after launch, was very strong. 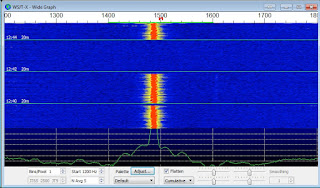 Speaking with Jim / N2NXZ, we think the mylar material we're using may have some cold sensitivity.  We're going to try some experiments on the ground to pressurize an envelope in a cold environment to see if we can reproduce any issues.